In March 2018 one of my sisters , which is in her early thirties, got a lifechanging news from her Doctor that she was HER2 positive (aggressive breast cancer).

This devastating diagnosis obviously impact not only her, but her whole family, friends and relatives in a profound way.

It made me think of how I could help and support, and also how this could be shared by others in a similar situation.

I decided to do a theme record with four tracks covering the different steps of the "five stages of grief".

The five stages of grief by Kubler-Ross, Denial, Anger, Bargaining, Depression and Acceptance are part of the framework that reflects how people cope with illness and dying. But not saying that it is linear and/or that everyone will follow this steps from 1 to 5.

Nevertheless, I wanted to try to capture and describe the different moods and feelings that correspond to these five stages, this I have done in four tracks representing 1 Denial, 2 Anger/Bargaining, 3 Depression, 4 Acceptance. Each and one with different style, genre, and sound in order to try to capture the essence of these different stages.

A big thanks to everyone that have made this record possible!

I created the music and the lyrics as well as produced it, I've got a tremendous help of my other sister Nina Segerstedt which did all the great singing, and by Niklas Kihlberg as the co-producer and studio engineer.

Hope you will enjoy the songs and reflect over what they represent...

Many people are affected directly or indirectly by some variant of cancer, either themselves or someone close or someone that they know about.

I hope that these songs will help to reflect, discuss and support these people when needed. 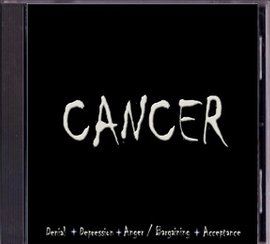 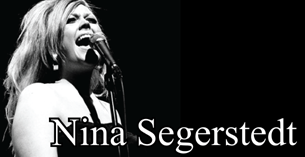 The Voice of Dalarna in Sweden

Nina Segerstedt is a schooled and well educated singer from the heart of Sweden.

Experience from many different types of productions, shows, concerts etc.